For every custom order I am asked to make, my favorite ones are those where I know the piece will keep a story alive or create future memories for the client. I couldn’t wait to share this particular order with you. 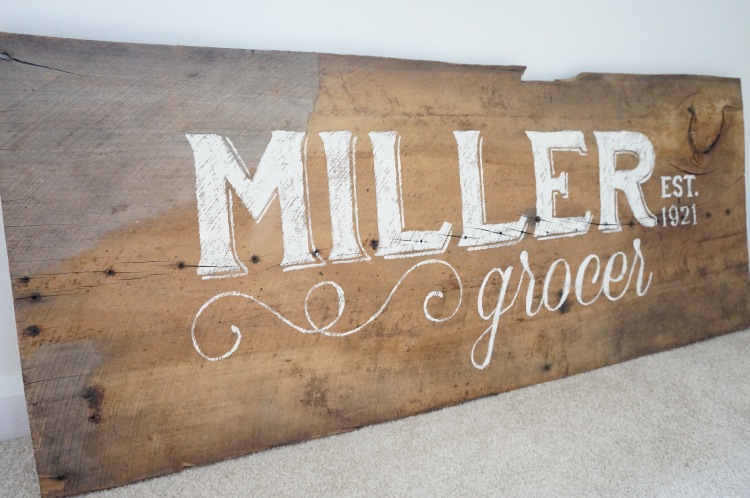 It’s a custom grocer sign that recreates the family history behind it. A story about love, family, entrepreneurship and of course, horses! And the part that is most exciting for me is that it is MY family history! This story comes from my Aunt (dad’s sister) and making this sign gave me the opportunity to document it and also reminds me of my journey in this big world! Hope you enjoy this story and it gets you thinking about how you want to document your story!

From my Aunt Mar: Here’s the story, my maternal Grandfather, Charles (Clyde) William Miller, born 1895 – 1966, raised in Ohio County, Rising Sun, Indiana, was in the US Army fighting WWI, in the frozen trenches in France, he got gangrene in his left toe because it was frozen so long.

After he came home from the war he came to a social over in Ohio and met Alice Katherine Ward, they dated for a long time and later married in 1923 and he moved to Springdale. He then opened a business with his sister Gladys’s husband, Miller & Rose Auto Repair, later they parted and Grandpa opened his own business 2 doors down on Rt. 4 (Springfield Pike) in Springdale. That was Miller Grocer, he had meats, canned goods, breads, all kinds of foods, some auto supplies, some hardware supplies, some horse and buggy supplies (1921) not many autos in the area.

He later built on to the back of the store a home that he and grandma lived in until he passed in 1966.  The store changed over the years, as he had several surgeries on his foot, getting first his toe, then his foot, then his left leg amputated, the many years later had to have the other leg amputated as well, I remember actually playing standing up in Grandpa’s real wooden legs, Grandma didn’t like it but Gramps didn’t care. He kept the store open until 1954 and then leased it to a bakery, and a couple other businesses, until he closed it completely in 1962 and it sat empty until 1966 when he passed and Grandma sold the property to a bicycle shop and she moved over to the house next door to Mom & Dad on Northfield.  She lived there until 1975 when she passed and the house was sold.

While Gram and Gramps had the store and I was little, I used to “help” Gramps work the store by straightening up the pop in the ice water cooler and strangely after I rearranged them, there was always one that didn’t fit and I got to have that one to drink, amazing.  I did some sweeping of the front steps and mostly Sherry and I sat on the front steps and named the cars that went by, Fords, Chevys, etc. After Gramps closed the store he stayed in his room, never coming out to see anyone, he was ashamed to be an invalid.

He read 30-40 books a month, I would go to the bookmobile once a month and take the old wagon with his books to return and come back with a new batch. He would read to me as long as I could sit quietly, but once I asked too many questions, he told be to scoot. I did.

During his early years, he had the only grocery store between downtown Cincy and downtown Hamilton, people would stop at the Century Inn to rest their horses and spend the night and get all their grocery and farming needs from Miller Grocer right up the road.  It was pretty famous and he had friends from all over coming to get supplies.  He even gave “credit” to some people. When he passed away, he still had the old shoe box with all the “chits” where people still owed him money from the store. He owned 8 different properties in Springdale and sold them off later in his life, he was well respected and loved by many.

I could go on and on, but that’s the gist of Miller Grocer, simple man, trying to raise his family with his own grocery business.  Mom was his delivery person from the age of 11, they took the seat out of the truck and she drove it standing up, taking groceries and supplies all the way to Hamilton. Their kids were Mom 1925, Bill 1928, Jack & Jane 1932 (twins) and later in life Sherry 1944.

Here is a photo of the store- 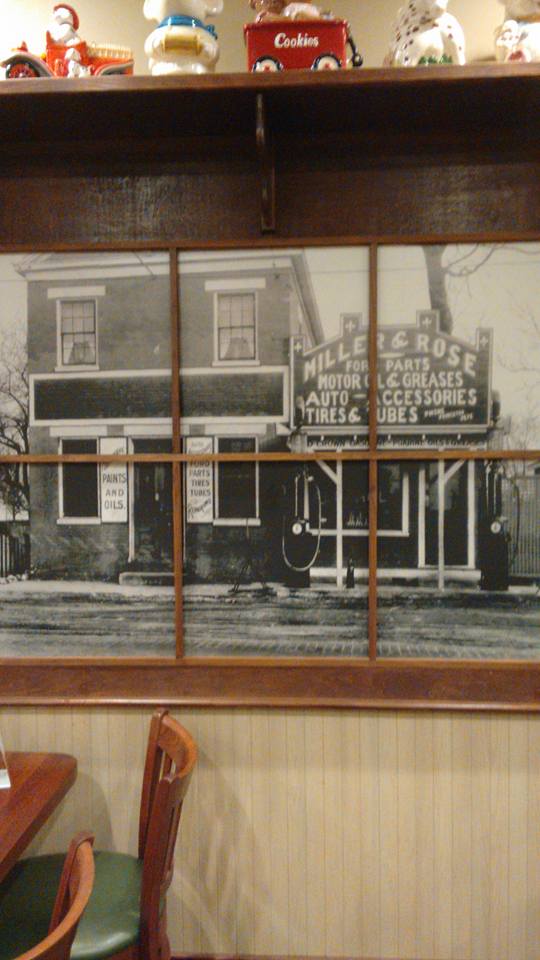 Hope you enjoyed a little history lesson! Make sure to document your family whether through art or an old fashioned family tree. Do you have other suggestions for how you save your family history? Comment below.

One thought on “Why You Should Create Family History Art”

Savannah and Company is a participant in the Amazon Services LLC Associates Program, an affiliate advertising program, designed to provide a means for sites to earn advertising fees by advertising and linking to Amazon.com. As an Amazon associate, I earn from qualifying purchases.